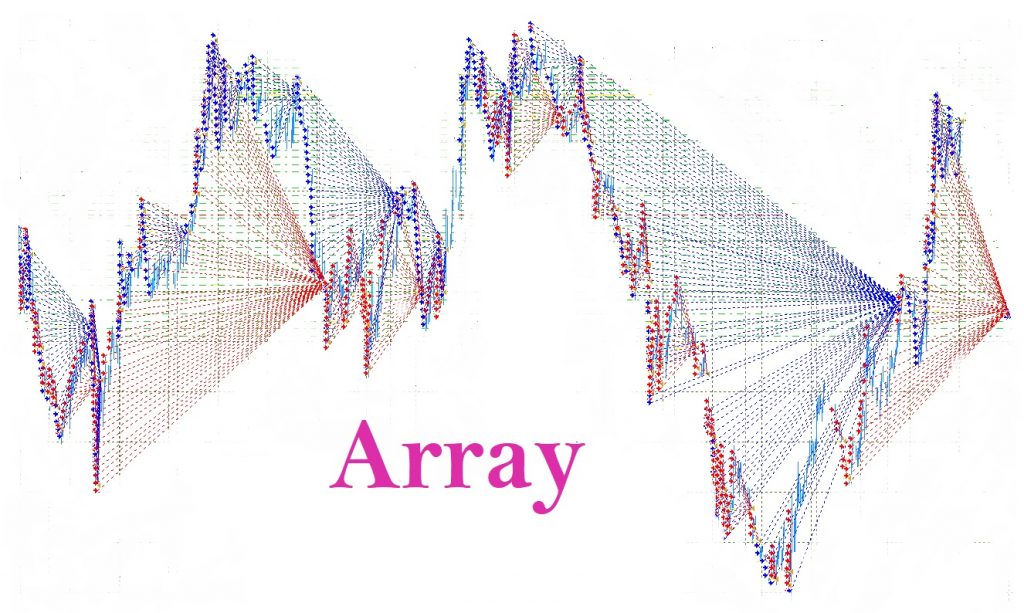 This is the Array System and it called this due to the resulting pattern left behind concluded trades at their respective TP’s. The pattern displayed is almost explosive with radiant Red or Blue lines portrayed by the history of each trade series.

There are several models developed and more to come for this system. Each trades with a linear logic and maintains a standard ratio-balance combination. Depending upon which model is deployed, the Array will open regulated trades on a grid format. Each trade is subsidized by the next until it is concluded with an overall profit.

This system does trade in both directions but it does not Hedge which is a key factor to keep in mind as multiple trades are opened. One trade is not dependent on another for it’s liquidity so any profitable trade can be concluded without effecting that of the other open positions surrounding it. This makes for very interesting Scalping opportunities as a pairing ranges for short or long term.

The Array can trade just about any balance but has a starting amount of $10k for it’s working base. Anything less than that can not be supported. As this does grow with a linear format, the bigger the balance the safer the account becomes.